The death of the European dream and the need for a global cultural renaissance, by Ines Caloisi 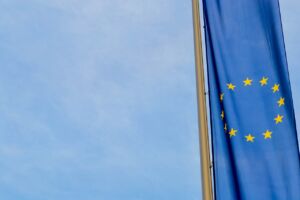 We who write European projects that, with our projects, support their policies, find it difficult to identify with this Europe and with a concept of European citizenship that we promote and in which, as Europeans, we feel represented, and we ask ourselves the question, but what is Europe today? Can we really still imagine a European dream, where what is stated in the Treaties is, on the contrary, hard pressed by the national governments, as if it were an impediment to what they intend to achieve, where we are not even sure whether they really know the content of the European Treaties and where they have certainly forgotten how much effort has gone into that process of European integration? At this stage, we ask ourselves whether, for those who carry out our activities, for those who believe in European programmes and policies, it still makes sense to build pathways, to write projects, to respond and present project ideas, to support the idea of Europe in the face of the young people to whom European policies are addressed so much, but to whom, all too often, an example, if not a negative one, is certainly confused.

Today, even those who support the European project are struggling to promote and support it. And let us realise that an idea of Europe, united, cooperative, is dead, even if the model it represented has not died, but has guaranteed peace, even if at great cost, after the Second World War to the present day.

Yes, up to the present day, because it is only in the face of situations that really destabilise that it emerges how mature and deep-rooted a project is. And Europe, faced with this, has revealed its true identity.

This experience #covid19 in fact represents a watershed from which there is no turning back, which for obvious needs of urgency and emergency calls us to immediate and diligent responses, and which, although harmful, must be read in terms of teaching and opportunities to make us start again with a new approach.

And it is an experience that clearly puts in crisis the economic, social and cultural system that we thought we had under control because it no longer responds to the logic we know and, as a consequence, it confronts us clearly with our precariousness, with the precariousness of man and life, with the certainties that we thought we had and that led us to lead a life according to predetermined logic.

We hope, however, that the death of the European Union represents the opportunity for the birth of a new international balance, of an enlarged cooperation in which we can go beyond an idea of western and eastern world but where countries are culturally contaminated and we start a cultural and social confrontation. This #covid 2019 experience can thus represent the bridge between today’s distant cultural worlds, in order to achieve a new equilibrium where power logics are overcome as an end in themselves, because leaders with Johnson and Trump style approaches can only fail, as they have already shown in these days. In fact, to lead citizens requires competence, slogans are not enough. The death of the European dream can therefore be transformed into an international awakening that starts a new order, where man and his values take the place they deserve, to start a new cultural humanism, new relationships, new alliances, where the death of the European dream, which remained a dream, we go further so that a global cultural and spiritual rebirth will flourish. And we will continue to write projects, not only for Europe but for the entire international community.