The integration of the migrant in the heart of Europe 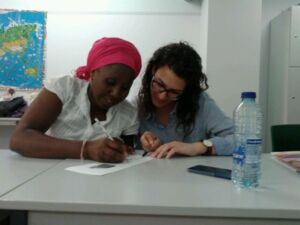 The third mobility of the project Empowering Migrants Improving Social European Inclusion coordinated by TIA Formazione (Italy) has just ended in Belgium. The return home gave us the opportunity to reflect on the peculiarities of an extremely interesting reality such as Belgium, where two communities, the Flemish and French, live together following parallel trajectories that are difficult to meet.

Belgium is a federal State (governed by a parliamentary monarchy) divided into three regions and three communities: to the north Flanders with a Dutch-speaking population; in the middle the Brussels-Capital region of the city of Brussels, officially bilingual although it is predominantly French-speaking (only a pre-determined 15% of the population would speak Flemish); and to the south of the country Wallonia, predominantly French-speaking with the exception of a small community, on the border with Germany, the German-speaking Community of German-speaking Belgium.

Each region and/or linguistic/cultural community has different areas of competence, and issues such as the integration of migrants are dealt with and managed autonomously by each community without any kind of collaboration under what could be a more general federal umbrella.

This mobility in Brussels has focused on the Flemish model of integration of migrants, deepening both the functioning of the entire process of language learning and the path of integration into the world of work.

At the end of this week, I can say that the Flemish system would seem to work well and the high percentage of migrants who finish their Flemish language training and then manage to enter the world of work confirm this. 66% are employed in the transport sector, 62% in the industrial sector, 61% in the construction sector, and 58% in the personal services sector, with the same percentage for the business and IT sector and the nursing sector. The statistics therefore confirm that the entire network of associations and bodies that work in support of the migrant work efficiently and, as explained to us, do so by calibrating activities, language courses and job training courses to the needs and requirements of the migrant just arrived in Brussels. Integration can start, if necessary, from basic literacy; a literacy that goes well beyond the mere teaching of the language and that embraces many aspects, from legal to civic and cultural. It is extremely important to underline that integration within the Flemish community does not take place through assimilation – i.e. through adaptation by the migrant to the culture of the host society – but rather through a plurist model whereby the different is admitted, tolerated and coexists within the science. The migrant is included allowing them to preserve their customs, provided that they do not compromise the general values that hold together the whole society…and the Brussels society is an extremely rich and varied society that is composed of 183 ethnic groups for a total of 102 languages spoken!